What People are Saying about The Reality Hackers

My Supernatural Superhero Series, the Legacy Universe, has science fiction's newest classic in the making: The Reality Hackers, and the short story version is available in Visions anthology. 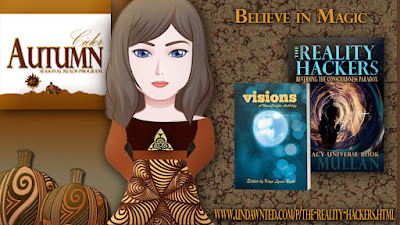 What is The Reality Hackers?

When a group of scientists corrupts reality and creates a consciousness paradox, one man, Justin Chisum, decides to stand against his former research partner, Bernard Chester, and correct the problem.

Justin must find and convince his other partner, Emma Gillespie that her world is inverted as well as his and hopes that she will help him defeat Bernard's planned ascension, which left unchallenged will create a destructive quantum singularity.

Will Justin make it in time to save the universe from certain annihilation? Or, will his plan fail because he believes what Bernard's reality creates for him: a fairy tale illusion of reality?

Who is talking, The Reality Hackers?

The Showers of Blessings site has an article up with more details. Please leave a comment!

Where is The Reality Hackers?

Visions anthology published the short story version of The Reality Hackers on October 18, 2022.

Undawnted, through Sonoran Dawn Studios, will be publishing an expanded version as part of our Spring Dreams Seasonal Reads program.

It is easy to leave a review, use our Contact Undawnted form. 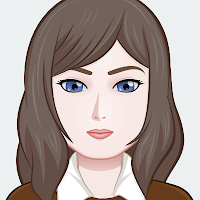 A writer at heart, Undawnted's own creative spark, DL Mullan, began writing short stories and poetry before adolescence. Over the years, Ms. Mullan has showcased her literary talents by self-publishing several collections of her poetry. She also writes novels, designs apparel, and creates digital art. Ms. Mullan‘s creative writing is available in digital and print collections, from academia to commercial anthologies. As an independent publisher, she produces her own book cover designs as well as maintains her own websites. She is an award-winning digital artist and poet. This year, DL Mullan has begun sharing her knowledge via A Novelist Idea Newsletter. If you too want to become a Fearless Phile, then subscribe to her newsletter on Substack.
Her innovative style teaches writers how to reach their creative potential, and write more effectively.

Posted by Undawnted at 9:14 AM