Before that time, Undawnted has stopped updating our Facebook pages and accounts. On May 26th, Facebook forced DL Mullan into a 2-Step Authentication process... meaning this rogue corporation stole her emergency phone number in order to create a tracking leash onto its disabled user.

Facebook tracks their users throughout the internet. This data is then sold for a profit. That information also is banked for future use to punish users who speak out against the censorship and the inane complaint of "misinformation." 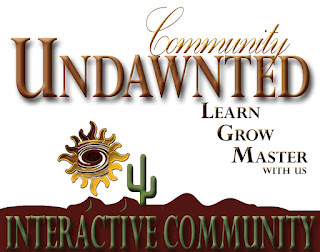 By the way, Misinformation is what you gather from the mainstream media and intelligence operations on social media, not the other way around. If you are unconvinced, then see the Smith-Mundt Act that was updated during the Obama years that allowed the Intelligence Industrial Complex to propagandize Americans.

Everything is not what it appears. As the revelation took hold, Undawnted turned off cable and the television years ago. Instead of being misled by talking heads, the author began researching what is real... nothing on television, even the news, is real. Real events, yes. Reality, no. A logical paradox has been born.

As a consequence of knowing real knowledge, this disabled woman will have to purchase a new emergency phone with a new number. On a fixed income, that is tragedy. With inflation, it is catastrophic.

In the last few years, corporations have stepped out of the shadows in order to rule us like Divine Right of Kings... I don't know about you, but I never voted in one of these treacherous CEOs into elected office... All this grandstanding is hubris. Their power is based in nothing, but what we give them.

The power of the elite class is nothing more than a witch's spell. Spells are born of word and intention. If you rescind your consent, by refusing to participate in their schemes to scam you out of your privacy, reality, and creative spirit, then you can return to wholeness again.

Adults do not need a ruling class of elites. We don't need to be under a conservatorship. The point of voting is to be responsible for our communities and countries. These shadows have corrupted the system for power, control, and profit.

Why is anyone in the world supporting corporations that hate the people of this Earth?

It is time people from around the world take a stand against these social media, as well as political and corporate, oligarchs that are using American taxpayer funded technology platforms to implement worldwide communism. That is what Globalism is: corporate control and bureaucratic communism.

In the meantime, Undawnted will be researching other social media arenas to participate in. Good companies that don't want your information to sell or use against you. Corporations that abide by our privacy rights, as well as assert our rights.

This summer just got a whole lot more interesting!

Have a great and wonderful rest of your May.

Posted by Undawnted at 8:08 AM