Hode: Be Honor in Your Wars 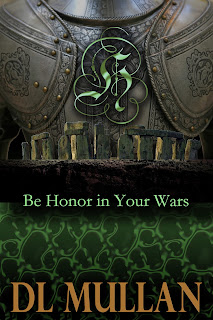 Roben Hode and his team at Hode Management Incorporated are closing in on Guy Gisbourne's shadowy conspirators.

As the power struggle escalates, Roben faces the prospect that he may have to kill Guy. In his inner turmoil, a valued member of Roben's team meets his fate. Outnumbered and outmaneuvered, Roben can no longer hide behind his own reluctance.

How will the team face the consequences to their actions?

With his trusted band, Much, Little John, Friar Tuck, Will Scarlet, Dale Allan, and Marian James, Roben discovers that there should: Be Honor in Your Wars.

Download your copy Hode Be Honor in Your Wars (PDF).


Convicted of a crime he did not commit, Robert Laurence spends ten years imprisoned and tortured in a military black site. Freed by a secret organization, he now dedicates his life to the pursuit of justice... Don't call it karma; you can call him:  Hode.