Show Review: The Orville: New Horizons is Better than Star Trek: The Next Generation

I know it is a bold statement, but I do not regret a single word of it. 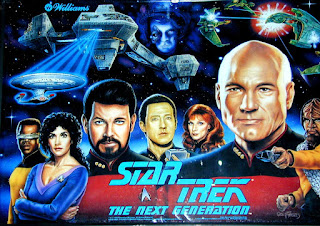 There are Trekkies whose heads just exploded all over their monitors and laptop screens. I will not take back the statement. The Orville: New Horizons is Better than Star Trek: The Next Generation. It is the unvarnished truth.

...and perhaps too many colons!

I love Star Trek. I remember watching a Star Trek Marathon of the original show on television when I was a child. I was about eleven or twelve. I have been to a Star Trek Convention with Michael Dorn as the guest speaker.

Star Trek in recent times has tried to be a social and political commentator that feels like preaching, more than entertaining. It is fine to have relevant topics in entertainment, but when entertainment steps across the line into a "teachable moment," or outright "manipulation," that is when you lose me as a viewer. I am an adult and I expect to be treated that way.

...that goes for politicians too.

What The Orville did with their New Horizons season was multifold. First, Captain Ed Mercer grew up. That was a plus. He no longer obsessed over his ex-wife and their failed marriage. That left room for him to become captain and take on internal and external ship problems. Second, the comedic childishness fell to the waste side. Third, the storylines were more mature, still had their humorous moments, but kept true to the nature of the show. 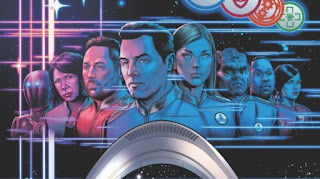 This season's storylines were quite impressive. There was the obvious slant to some of the tales, but a balance was reached on most of the content. 60/40 left to right in certain circumstances, but most of the time the stories and characters seemed more of a 50/50 balance between political views.
Sometimes I did wonder where the show was going, and then the writers reined their opinions back in. A good science fiction/space opera will allow the audience to decide for themselves, not make decisions for them and then cram the lesson down their throats. The Orville: New Horizons is going in the direction of a well-written, performed, and astute in politics, culture, and society show worthy of being watched.

I will reiterate: I don't want to be preached to or at. That statement is for the socialists of both identity politics and religion. Just don't step over that line. You will neither get my vote, nor my time.

Too often, the culture wars between these two extremist views like Marxists and the Evangelicals spills over into my world. I believe that these segments of society try to win over the majority by omitting facts and their real agenda. The real agenda is to force-feed either strict religious "morality" or communism without the voter's understanding, awareness, or permission.

The Orville: New Horizons skirted that perilous road with some uneasiness. From time to time, I thought the ship would head over a cliff, but was saved by common sense. I appreciate the effort. In the end, the show turned in solid performances, an equipoised world view, and the right type of thought-provoking debate that the audience should have with themselves.

...let the roasting of me begin. 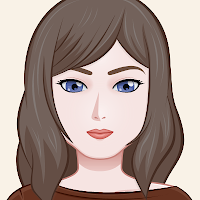 If you enjoyed this review, then check out her other reviews on Amazon and IMDB.

Remember to hit that Helpful button.

DL Mullan is a Hollywood Scriptwriter-trained writer. She has spent time in front of the camera and on stage, as well has being crew on a number of projects.

Posted by Undawnted at 3:33 AM