That response was literally written under a reply I gave in a writer's group.

A writer wanted to change all her characters from one racial profile to a diverse group of characters. That sentiment is all well and good, but what do you know about other ethnicities?

Have you researched, interviewed, and experienced that culture? 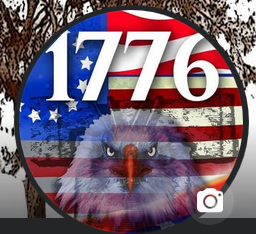 Since you haven't taken the time to find out that my profile picture is from my genealogical blog: Our Rugged Individualism, where I have denoted family members who have been in the service of the United States in one capacity or another, I seriously doubt you would take the time to do so with someone else.

For the sake of history, I have an ancestor who came over on the Anne in 1623. Over 397 years has my family been in North America. I have listed him and others in my 1776 Patriot Project after I discovered direct relations to the American Revolutionary War.

But I guess doing genealogical work makes me ineligible to speak about any topic under the sun, not to mention having my family members born under the red, white, and blue since the inception and dedication of our nation.

That must be enough evidence of my supposed guilt (of what?) to convict me of utter mental incapacity.

Asking for a friend.

To me if you do not like your country and fellow citizens of that country, the question would be: why are you here? and  moreover: why haven't you left?

There are many nations on this Earth that hate their citizens so much that they put them to work in the fields (Venezuela), kill them for their skin color (South Africa), and place them in death camps for their religious beliefs (China).

Why not join one of those fun places? Since you are so enthused that you have picked up where Hitler left off... The United States helped defeat the Nazi regime. People forget.

So if you make fun of people who are Americans, disabled, female, and from survivors of the Bolshevik Revolution (wow! triple minority status), doesn't that make you the bad guy? The intolerant? The bigot?

Writers cannot have those immature hangups. Writers have to be authentic persons independent of the mindless fads and fixtures that derail our culture from the endless track of possibilities.

If you do not know a race or its culture, then why are you writing about them? Writers write from what they know. Those are the rules. So if you don't know, you go out and gain experience. In writing, knowledge matters.

Today's writers ignore simple guidelines. That separates the good, seasoned writers from the unprofessional, immature writers who give other writers a bad name in independent publishing.

And, the attitude of discrimination means you don't have the aptitude or temperament to be a writer. You're too caught up in what's in to realize that it is already out.

Real writers and published authors cannot afford to be ignorant, biased totalitarians. That type of behavior is counter to the creative mind. Yet social justice has produced a whole generation of writers who are so intolerant of others in the name of tolerance (ironic) that someone with knowledge and experience is treated as a leper.

Is that my finger?

Anyway, I wish people would understand how foolish they look when they pull this crap on experienced professionals. Ignorance is a choice. I choose to counter cultural ineptitude by calling it out.

Get out of your safe space and learn about other people.

Posted by Undawnted at 1:57 PM 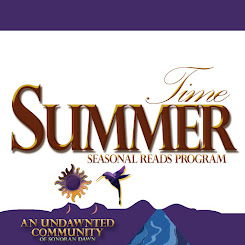