How to Tame Your Inner Dragon

I found out my father died yesterday.

I have been working on my other blog: Our Rugged Individualism. Genealogy has been a passion since I was in my teens. My cousin H.L. Colbert and distant relative Thelma Prince helped me trace my ancestry for several generations. I have the photocopy of H.L.'s notes still.

Over the years, I kept notes and websites. I had everything to begin publishing books on the subject right when my computer crashed. I began again this spring to revive and rejuvenate what I had lost. That is when I searched for my father's name to trace his lineage back to Ireland and Belarus.

I came upon his own obituary. I was floored. Nice, people. A letter or even a private message on my social media pages would have sufficed.

The military buried him. The family did not hold a service. By the little said and done, it appears he was thrown away.

Yes, my father was a disagreeable man on most days: difficult, complicated, and aggressive. I should know. I inherited his personality traits to a strong degree. As a slander to keep me in my place, family often complained: you're just like your father. In my early twenties, that cut me deep.

As a writer, I observe the world. I observed that his personality traits are active, not passive. My family wanted passivity. That made them people who go along to get along. I am the complete opposite of that negative follower mentality.

The difference between my father and I is that over the years, I have learned to master the volatility; the ups and downs. The aggression, anger, and depression that seems to be unending in this incarnation is a dragon the needs to be fed.

To feed this dragon, one must have goals and attain those goals on a regular basis. Idleness detracts from the flow of movement that keeps the dragon at bay. Idleness is when the dragon comes out and eats you alive. I motivate myself to transform the negative into positive outcomes. No matter what I do there is always more angst bubbling up to the surface.

There is a difference between me then (in my twenties) and now (in my forties). I use my angst more than it uses me. It’s taken some time, like ten years because of my disabling illness, to reorient myself. It’s been a fight. I have had to shed a lot of the old ways of thinking and doing to come to peace with idleness.

To become at peace with the dragon inside.

I know who and what I am. I also know I am a force of good in this world. It’s tougher, the road is harder, and the challenges higher being on the right path. That makes all the work worth it. It also means that your spirit grows to what the universe needs and that is to find balance in the energy.

I used to be able to sing and emotionally release my dragon. I cannot with my weak lungs and mold illness. So I write and create instead. On the days I cannot. When the dragon gets loose… I sometimes wallow or am short with people. I have learned to be okay with my depression and anger. Sometimes a person’s got to reveal her dragon to the world.

Everyone has a dragon. I guard my dragon as a knight on a horse in front of a cave. That dragon is tied to a boulder and let loose only on my darkest days when I am too ill to sit on my imaginary horse and keep the knot tied. Everyone has those days. Days you just have to vent.


I lived almost 22 years with my father. I was without him for nearly 23 years at the time of this death, and now 25 years in total. All this time, I have been learning how to be a better him. I know he was mentally ill; I know he couldn't help himself. So I had to allow the universe to take care of him for me. The hardest part is knowing when you cannot help someone. He traveled on his own path and I could not follow, no matter how much the separation hurt.

Still there are ways to control your dragon even on bad days. I have learned that if I place myself in the service of others, the dragon quiets down in the cave and will not be unleashed onto the world as much. Goals help. Inspiration is great. Creating and writing are awesome outlets where characters and color take the place of my dragon.

But dragons are tough. Sometimes we do not have enough tools in our repertoire to deal with having a dragon. That is what my father showed me. He showed me what happens when the dragon eats you and I never wanted it to catch me in the first place. Once I got out of the fear of myself and became a knight to cave my dragon, the world became happier and safer place.

I just wish my knight could have help my father slay his dragon long ago, but I know that was not my destiny. My destiny is to use my domesticated dragon to enlighten the world with my creative juices. Dragons are challenges, but they are also lessons. People with dragons have to decide what do to: use their dragon or be used by it.

In the end, the dragon is to make you stronger to fight against negative forces in the universe. Your dragon becomes your path to enlightenment as a means of bringing knowledge and wisdom to the world. That is what dragons are for.

But for today, my dragon is angry and has a right to be. I will mourn for quite some time knowing my father is all alone and was for many years. No one should be buried without ceremony. It's called dignity and respect and separates us from the being mindless drones.

I am not sure what to do about that, but I will figure out something to right the wrong.

What the hell is wrong with people? 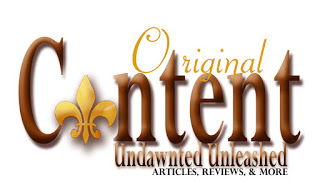