Georgia Rule is an emotive and provocative film about the consequences of alcoholism and sexual exploitation of a minor. The low rating on this movie is not a wonder given the topic. Most people shy away from such serious matters, but reality is reality.

Child rape/molestation is a problem. An issue society refuses to discuss unless there is an arrest of a sexual predator and the story is newsworthy. That needs to be corrected.

This film discusses the issue with drama, as well as humor, but also with maturity and grace. Sometimes people have to lose their way in order to realize what is most important to them. Georgia Rule is about those hapless wanderers who finally understand the meaning they have lacked, but finally discover for themselves as a cohesive bond to each other. 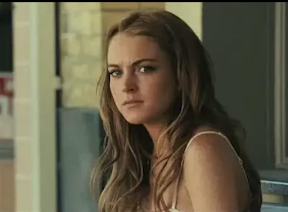 Georgia Rule
Rachel comes to stay with her Grandmother Georgia for the summer, leaving some obvious problems behind at home. Her alcoholic mother doesn't even stay the night before rushing back out to California to be with her husband. Rachel shakes up the town, a beautiful girl in the boring Mormon country. Then she reveals her deepest secret to one of her new friends, and her mother comes rushing back to find out if its true. In the midst of this crisis the three woman become closer than ever and start to understand each other more.

What would you do with an out of control teenager? Well, send her to grandma's house of course. That is where the story begins.

Rachel, played by Lindsey Lohan, is a troubled young woman. After her father's death, her mother, Lily, played by Felicity Huffman, remarries. Unfortunately Rachel's mother is an alcoholic just like her father and leaves her daughter to the appetites of her second husband, Arnold, played by Cary Elwes. Rachel is rape/molested by her stepfather and when she ends the affair, the stepfather tries to bribe and manipulate her to begin the tryst again now that she is over the age of consent.

Lily, played by Felicity Huffman, is a mother whose childhood haunts her. Guilt and resentment lead her to follow in her father's footsteps into her own addiction to alcohol.

Georgia, played by Jane Fonda, is the mother of Lily and grandmother of Rachel. In order to feel some control of her life, Georgia controls everything else, including strict adherence to eating schedules or taking the lord's name in vain.

When combined, these three characters show that their negative behaviors feed off one another. The consequences of being self-indulgent and self-centered comes to a head when the secret is discovered about Rachel's stepfather sexually abusing her from a young age.

In the search for the clarity, as Rachel and Arnold both deny the affair, but Lily and Georgia know the truth, the three women come to terms with their own destructive and aloof behaviors. 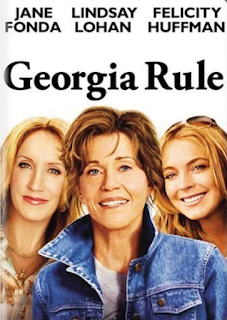 Rachel: Okay, see, I tried to be nice, but let me put this a different way because you're not really getting it right now. If you call me a name, if you throw something at me- ever again!- if I see you talking to Harlan, yelling at Harlan, having anything AT ALL to do with Harlan, I will find all of your boyfriends and I will fuck them stupid. Okay? Get it? Thanks guys.

Witty humor helps keep this story from going too far into the darkness that this topic creates. A few comedic situations arise from Rachel's bawdy behavior, especially with Harlan.

Through the course of the story, Rachel begins to let her secret slip out until her mother and grandmother figure out the truth from her lies. The characters disintegrate, shedding their own defensive walls and finding solace in the love and camaraderie with each other.

The men in their lives, Harlan and Simon, see the meltdown and do what they can to support the truth that will eventually set the grandmother, mother, and daughter free from their destructive behaviors.

Thank you, Lindsey Lohan, cast and crew, for taking on a controversial story like this one, so we can have a frank discussion about this important topic. Too often is this subject treated as a taboo and thus allowing sexual predators to hide their evil acts against minors with the cover of darkness.

The only tragedy exposed by this film is society's inability to protect their children from sexual predators.

Movies for Writers: Georgia Rule is a story that gives writers a chance to shed light on the sexual exploitation of a minor, including rape, incest, and molestation.

Have a great and wonderful day.
Posted by Undawnted at 1:33 PM