In the Name of Blood II 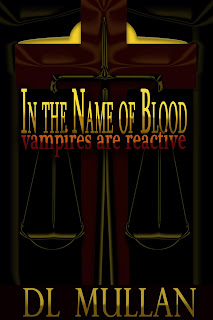 Riley Austin believes life is unpredictable. In the months before, she experienced the negative and positive aspects to the supernatural.

Now she must reconcile what has happened to her with what the vampires have planned for her next. Riley defeated Wilhelm, an insane and sinister vampire, with the help of her relative, Julian.

This time her world is turned upside down, not because the vampires kidnap her and Matthew on their first date, but because she finally learns the real reason why Julian became her secret benefactor.

Her past is about to be revealed in a way she could never have quite imagined...

"All right, the pitch has vampires in it but they're grown up vampires for grown up people, one of the few on this [Authonomy] site."

"I like the classic feel of a crime novel in a vampire story."

"Seriously hot stuff. These are vampires the way they were meant to be."

"What I did like most about this is your ability to bring something new to the vampire genre."

"This is an exciting story. Fast-paced yet descriptive writing. Great, snappy dialogue."

"I enjoyed you taking me through this classic tale with a great spin on it."