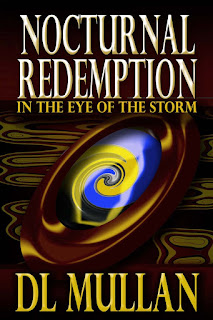 Calm is always In the Eye of the Storm.